Intrigue, history and discovery await you in Egypt, a destination famous for the Giza pyramids, Great Sphinx, and the ancient temples of Luxor. Who better to talk to about this fascinating place than an award-winning travel writer whose love for the historic land keeps drawing him back?

Peter Greenberg is the multiple Emmy award-winning travel editor of CBS News, and the host of The Travel Detective series on public television. He updates global travel news daily on petergreenberg.com.

I’ve been traveling to Egypt since 1973, and I admit to being a creature of habit. But I insist…it’s a good habit. Every time I return, I seek out the magic of the pyramids at Giza, and in fact the magic of Cairo itself, and that always has to do with the light. In fact, every time I go to Egypt I am on a different timetable than most visitors. I am there to beat the sun. My continuing goal is to rise in the pre-dawn darkness and appreciate the country in that special moment of quiet and stillness. Too many visitors see the pyramids at midday, and in doing so, they are part of the crowd, and are often solicited to “rent” a camel and do a mini-ride in the area. In doing so, they can say they’ve seen the pyramids. But they haven’t truly experienced them in a more intense, touching and emotional way. I’m a big fan of those magic pre-dawn hours that start shortly after 5:00 am each morning and then extend until 8:00 am.

Most visitors need to pack patience when visiting Cairo – the traffic normally crawls – but not at 5:00 am. With few cars on the streets, I head out to the pyramids. It’s a fast trip. I arrive before the masses, and the camel drivers hawking postcards, the sound of the horns of a hundred taxis honking…and I always bring friends who are first-time Egypt travelers. And then, once there, with the pyramids back-lit by the slowly rising sun, we have our moment…of peace, contemplation and history unfolding right before us.

You can also arrange to get to Giza and rent some Arabian horses, and ride slowly out into the desert. And there, as the sun rises, you find yourself on horseback for your own very special photo op, with the great pyramids of Giza – the only remaining ancient wonder of the world – in the background.

But this is not just another photo opportunity. It is a lifetime memory. This is a ritual I repeat every time I go to Cairo – I force my friends to get up very early to watch the sun dramatically rise up above the pyramids. And then, after the trip to Giza, I head back into central Cairo for another surprise.

That’s getting to the Egyptian museum before it opens. Get there early and, like the pyramids, experience history with few interruptions before everyone else arrives. I always leave the museum before 11:00 am and head for another surprise location. Most people don’t know you can see Cairo by bicycle – the city has 46 cycling routes – and there are bike friendly areas at the pyramids as well.

But my bicycle trip always takes me on the same route. I head for an old restaurant called Paprika, not far from Tahrir Square, and get my double order of barbecued, foil-wrapped chicken. And then it’s just a short bike ride to the banks of the Nile, where I can charter my own private felucca and head out on the river, slowly passing by the frenetic city and Gezira island, and relaxing on the boat with my own special picnic lunch.

At night, I’ll return to the pyramids with my friends to see them from a completely different perspective – the sound and light show. You won’t be alone for this performance, but it’s still worth it. Returning to the city, head for any local bakery. You’re on a special mission, but you won’t be disappointed. You’re searching for – and you will easily find – the best rice pudding in the world. A great way to end the evening. 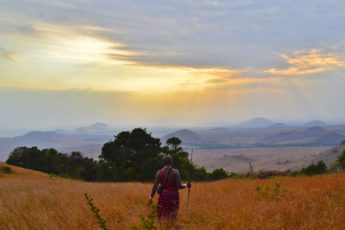