If you love history and breath-taking architecture, then the spectacular Egyptian temples should be high on your travel bucket list.

While the Nile is often described as Egypt’s lifeline, the country’s temples reflect its multiple identities and tell a fascinating history. Covering roughly 4,000 years and a huge variety of structures, from residences for gods to funerary cults for royalty, no expense was ever spared to make the temples into masterpieces.

Here, we shortlist some of the most impressive Egyptian temples – the ones that haven’t just stood the test of time, but the trials of good taste, too. So, if you are thinking about where to travel next, and are looking for an extra special vacation, read on.

Travel with Luxury Gold and choose from our Elegance of the Nile, Elegance of the Pharaohs and Elegance of Egypt luxury guided tours. Each one takes in these spectacular monuments, along with five-star hotels, exceptional dining, exclusive VIP experiences and an unforgettable Nile cruise.

The largest temple complex ever built by man, Karnak was constructed over a period of 1,500 years. Take a walk through an avenue of ram-headed sphinxes, past the statue of Rameses II, and stand in awe of the huge columns that line the vast Hypostyle Hall. The most important place of worship in Egypt for nearly 800 years, Karnak is an extraordinary sight, presided over by the archaeologically magnificent Temple of Amun. Hathor is one of the best-preserved temples in the whole of Egypt. Here you can explore the complex to see the rare depiction of Cleopatra VII and Caesarion, the son of Julius Caesar, as well as superb examples of Ptolemaic art. Witness the Dendera Light, a well-known depiction of the creation myth of Egypt (which some historians believe depicts an ancient electric lightbulb). Don’t forget to look up to admire the colorful ceilings. The Mortuary Temple of Hatshepsut

This spectacular Egyptian temple is named after the country’s first female pharaoh (who ruled from 1479-1458 BC), whose name is synonymous with the country’s golden age. Visitors should look out for the Punt Colonnade, which narrates her expedition to the land of Punt to establish trade links. Or perhaps the birth colonnade, which demonstrated to onlookers that she was no mere mortal, but a daughter of Amun (the god of air). With its pillared porticoes and vibrant reliefs, it is considered one of the world’s most striking architectural masterpieces. The center of an ancient pilgrimage cult of Isis, most Egyptian pharaohs have left their mark at Philae. Marvel at the dramatic reliefs, elegant gateways and austere columns. Highlights include the granite lions, the depiction of Ptolemy XII Neos Dionysos clubbing his enemies to death whilst holding them by the hair, and the French inscription (by the central doorway), which commemorates Napoleon’s 1799 campaign. The site was rescued from devastation by UNESCO in 1960 when it was moved stone by stone from the flood plains of the Aswan High Dam. This unique double temple is dedicated to two gods, the crocodile-headed Sobek and the falcon-god, Horus. In this sacred riverbank palace, captive crocodiles were worshipped in life and mummified after death. Though parts of Kom Ombo can be dated to the eighteenth dynasty (c.1500 BC), much of what visitors see today is Roman and bears the marks of being used as a Coptic church for much of its history. Constructed over hundreds of years by Amenhotep III, Ramses II, Tutankhamun, and other pharaohs, Luxor Temple was the largest and most significant religious center in ancient Egypt. Founded in 1400 B.C., the temple complex, a UNESCO World Heritage Site, blends in seamlessly with the surrounding city.

Travel to Egypt with Luxury Gold and enjoy an exclusive VIP after-hours visit. Approach the Temple of Luxor along the Avenue of Sphinxes and see the ancient stones, taking your time to explore in calm tranquility. Look to the top of the remaining Pylon of Ramses II and step into the ancient monument, without the crowds. Photo by Jeremy Bezanger on Unsplash

Can you picture yourself exploring halls of sphinxes, courts of painted pharaohs, and the mysterious chambers of spectacular Egyptian temples? Then why not join us on one of our three luxury guide tours: Elegance of the Nile, Elegance of the Pharaohs and Elegance of Egypt.

For more information on these and our full collection of worldwide luxury guided tours, browse and download our interactive brochure or visit our website. 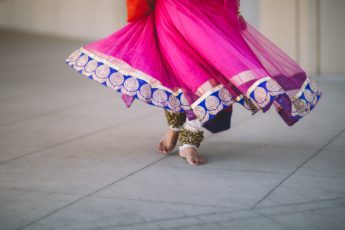